Aloha!  Think this will be a long post since I have so many pictures to share.  Maybe that will make up for not posting in so long :)  Lots has been going on but somehow I don't seem to ever sit down to share things with you...sorry about that!

I've been making several jewelry pieces but for now I want to share a combination of my two favorite obsessions.... my little grandson, Sammy and Bottle Caps.  Last summer (check out the earlier posts) I had fun making some Sammy jewelry using Samuel Adams bottle caps.  Since DH and I don't drink beer, I was having a hard time finding friends to drink enough Samuel Adams beer to have bottle caps to play with.  After confessing I had poured some down the drain to get the caps, friends have been making sure I have enough  to play with without ever letting that happen again!! 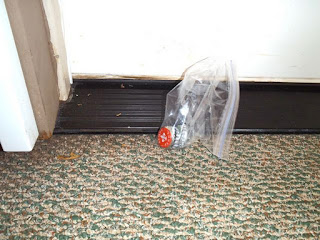 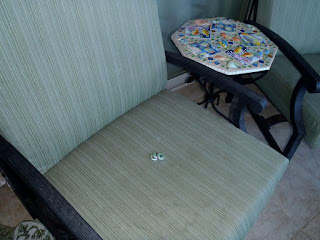 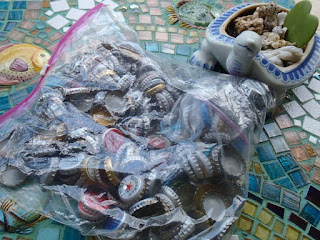 and of course have my Art Charm Buddies sending me ones in the mail  (mahalo nui loa!) 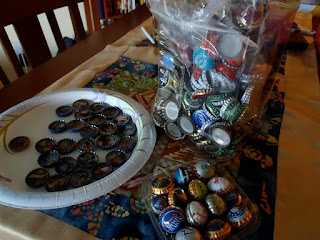 this nice, big jar of caps to play with--Woohoo!  Have quite a collection of different kinds of caps now.  I've been putting them to good use too.  Some, I domed then soldered together and some I left flat, added photos, sealed them in resin. I also tried a new technique I found in the Nov. Cloth, Paper, Scissor magazine on a few where they are domed and covered with rice paper.  They're pretty cool too. 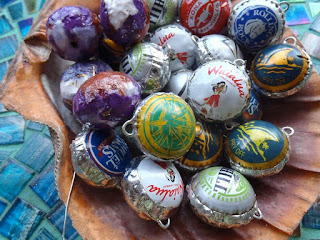 My favorites are the ones with Sammy photos of course! 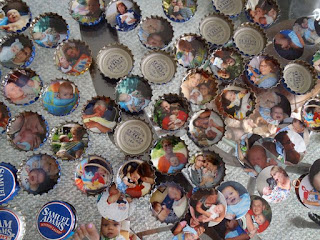 And here are some of the things I made with them....

A bracelet and earrings for me and a set for Sammy's Mom, Keely. 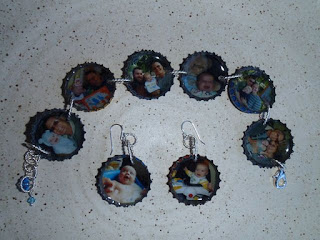 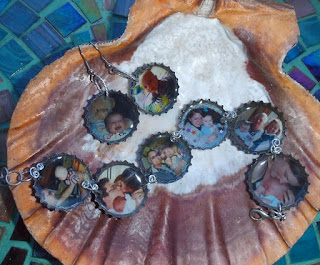 And a necklace & earring set for someone special in Sammy's life - you know who you are :) 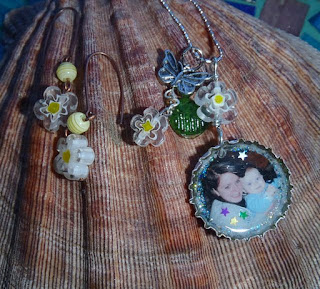 Have more bracelets and necklaces in the works for other special people in Sammy's life too.  So fun!  Thinking I'll try making some key chains or something along that line... Dads and Papas need Sammy things too :)

So...thought I give you a couple of pointers in case you'd like to try making some bottle cap goodies for yourself.  The first bottle cap balls I made were a bit smaller.  I cut the ruffly part off with tin snips before I domed them with the dapping block. If you are using tin snips, please, please, please, be careful!  I got so many cuts from those sharp edges!  You could probably use a metal punch set but it would have to be a really strong one to cut that thick metal. Here is a pic of the dapping block in case you're wondering what the heck that is! 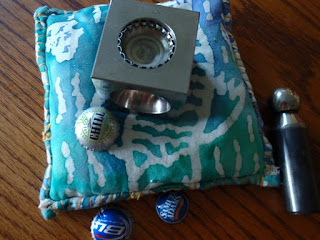 It's a clever little gadget usually made out of steel with several sizes of concave half circles.  Using a hammer, steel punches of corresponding sizes are used to form a flat piece of metal into curved shapes. On those first ones, I started with the largest half circle and worked my way down until I had it domed to the size I wanted.  Took forever!  Later found that you don't really need to start out larger--just go with the size you want and go slowly.  I tried some without trimming off the ruffle and think I like those better.  Just so plump and fun!  Next I held the two halves together and sealed the edge with copper foil tape and soldered them together just like you do when you're making a Stained Glass piece. (Always use solder that does not contain lead when you're using it in jewelry or anything that would touch your skin).  Be sure to burnish the foil well to the metal.

I found a great tutorial on YouTube (sorry, I couldn't re-find it to give credit to the right person) on how to remove those pesky plastic liners from the inside the caps.  She used a little hot plate like you use for keeping your cup of coffee warm at your desk and set the caps on for a few seconds each. For the ones she was doing, she left one cap on the warmer for 7 seconds and another brand for 9 seconds.  Can't remember which ones she was using, they weren't ones I have in my stash, but I was surprised different ones took different times.  Sure enough, each cap brand behaves a bit differently.  One Hawaiian brand beer cap just kind of melted away, some just popped off easily, and others took a bit of tugging. Instead of using a coffee cup warmer (since I don't have one!) I used the heating plate of our coffee maker.  I just put several caps down on the warming plate instead of doing them one at a time. Picked the cap with pliers after it heated up and grabbed the liner with a needle tool and lifted it off.  The caps do get hot so don't grab them with you fingers! Got those liners off in no time!! 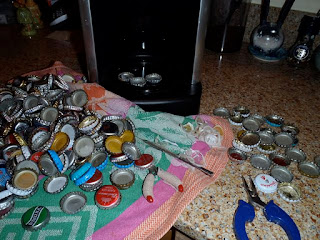 Hope this inspires you to up-cycle some bottle caps!
Posted by Cris Peacock at 1/09/2012

It's great to see you back, Cris! I love all your bottle cap beads & thanks for the hint on how to get those plastic liners out.

Sweet bottle caps. Collecting bottle caps is mine hobby and i collect a lot from this place-: Bottle Caps.

Very Nice Blog !
I Like This Very Much.
Methods of Modern Farming
Raising Pigeon
Raising Peacock

Oh, heavens! I have a bunch of bottle caps our friends have been saving for you since we were in Maui! I feel so dumb for not sending them. But LOOK at your collection! How cool! I'll pack up the caps I have for our next trip. You may need them more by then!

These are wonderful. Your attention to detail and your humor and color sense always make your pieces my favorites to get in swaps!

I'm lucky enough to get to go to Artfest this year! I got a bad baby scholarship and a free flight from our friend Kerry. So lucky!

Aloha to you and Phil!

Love this post and your Zentangle book is very inspiring.. maybe I'll steal the idea. LOL I can't wait to make a few new items for myself with all the goodies you sent me.... love, love, love the bottle cap bead. I just have try and do some.

thanks everyone for your comments! as for the dapping block--I have the one with 24 but honestly, I've only used 4 or 5 different sizes so the 14 would probably be fine. here's a good youtube video from rio grande on how to use the dapping block
http://www.youtube.com/watch?v=ScHKna1-b44&feature=related
have fun!

All of your bottle caps look great! Can I ask you what kind of solder you used? Was it lead free? And you used a soldering iron right? I have only soldered once or twice and really dont know what I am doing.

Snazzy--Yes, I use lead free solder for all my projects. Especially necessary when soldering anything that might come in contact with skin. For these I used a regular lead free solder I got from the hardware store since I wanted them to look a bit more rustic, but for some jewelry I use 'Silver Gleam' when I want a shinier finish. Just keep practicing! There are some great tutorials on utube for soldering. (and yes, these were done with the copper tape and a soldering iron)

Work Of Our Hands said...

I have been wanting to know how to do this FOEVER !
thank you !

Do you need to remove the liners for the doming part or just if you're leaving them flat and using them for photographs and paper etc?

If you get enough contacts for different bottle caps maybe you could collect them from all of the states that have a beer brewed in that state. I too am dependent on others for my beer caps. Because of my medication, I don't get to drink very much or very often. The local bowling alley actually collected beer caps for a weekend by using a towel to twist them off rather than use the bottle opener. If us go for the states idea, count me in for some Texas brews. The project that I'm going to attempt next is to use a pair of them as wheels for a miniature bicycle. I've made little bicycles with buttons and wire to wear as a pendant or as a pin, but now I want to try it with the beer caps.

Hi Carol - I've removed the liners for some and not for others....it doesn't really seem to make much of a difference. When I didn't remove the liners, I filled in the empty space with the adhesive I was using so the paper would have something behind it. I do let it dry longer with the extra adhesive on it.

I have a friend that travels a lot and she picks up special bottle caps for me on her trips. I guess I know quite a few beer drinkers since I don't drink beer myself but have TONS of caps!! Put the word out you're looking for them and I'll bet you start finding them at your door step too!

Cris Peacock
Hi! I am a California transplant, living on Maui. When I'm not paddle surfing or enjoying the water, my favorite thing to do is create something....paints, fabrics, clay, metal, paper, I love it all. Hope you find something interesting here that sparks you to create too. With Aloha....Cris

A few things from my Etsy Shop...